There are times when you have taken photo or screenshot on Snapchat with a caption and you really want to remove the caption from the image. So this article is dedicated to tell you how to remove Snapchat captions from photos. Below we have mentioned 2 most effective solutions that you can apply to successfully remove the undesired items like Snapchat captions or texts on photos. 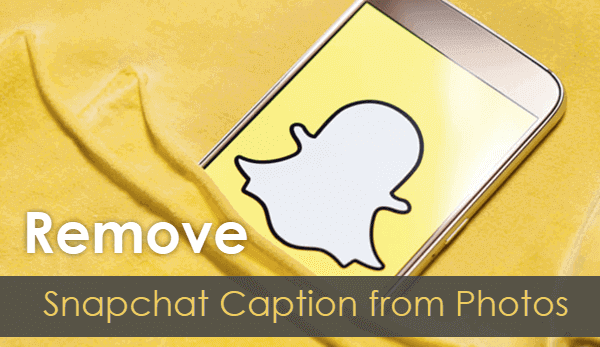 The first solution that we would like to recommend for removing the Snapchat caption from your photos or screenshots is to make use of the Jihosoft Photo Eraser. This Snapchat Caption Cleaner software uses using computer vision algorithms to automatically remove captions, as well as texts, logos, watermarks, etc, from Snapchat screenshots. In short, this is a wonderful tool used to remove any unwanted parts or objects from photos.

Jihosoft Photo Eraser comes with the key features mentioned below:

Process to remove Snapchat caption from Photos or screenshots
When it comes to removing captions from photos with the use of Jihosoft Photo Eraser, below given are the steps that you will need to follow:

First, launch the program on your computer and then import the picture that has unwanted caption or text. 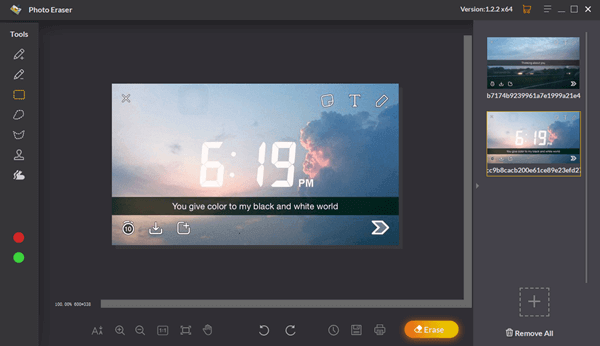 Next, mark the caption that needs to be removed from the image. In order to cover the area having the unwanted object, you can go to the toolbar (displayed on the left side) and select any suitable selection tool. Many tools like lasso selection, polygon selection tool, etc are there to choose from. You can also make use of the Selection Brush tool in order to perform the selection task. 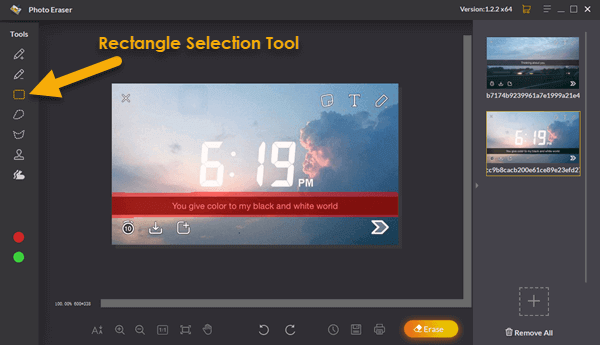 Once you have successfully selected the area having the unwanted caption, just click on the “Erase” button at the bottom right corner. As soon as you hit this button, the unwanted caption will be immediately removed from the Snapchat picture or screenshot. And, finally, it’s done! 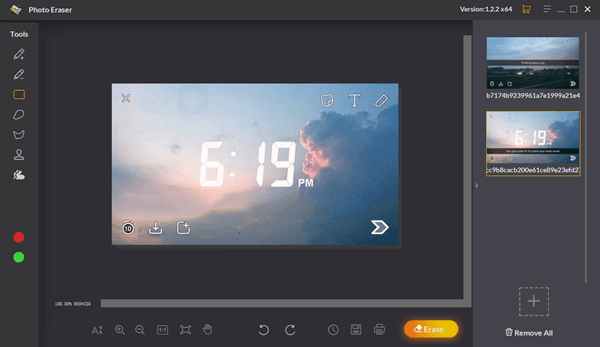 In order to remove caption from pictures on your mobile phone, you can definitely go ahead with a Snapchat caption remover app. The 5 most popular applications that come under this category are listed below:

We would like to place this Snapchat caption remover app at the number one position in this list. Because this Android application makes use of advanced algorithms of computer vision that makes it possible to remove the Snapchat caption, countdown and text from your photos or screenshots automatically. All you need to do is just following the steps mentioned below: 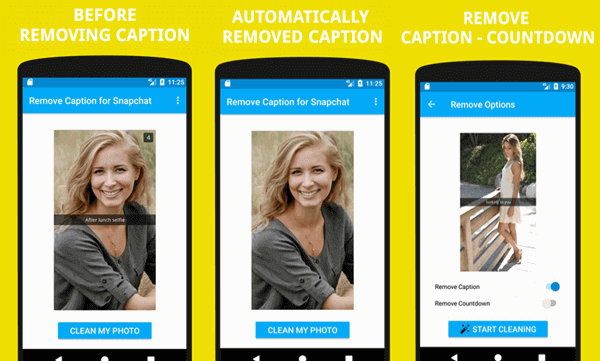 First, download the Remove Caption for Snapchat Screenshots app here. Once you have successfully downloaded the application, open it on your phone.

Tap on the “CLEAN MY PHOTO” button provided at the bottom, and then you will be asked to purchase the cleaner feature/function needed to clean the Snapchat caption on picture. Tap the “Let’s Clean” button and then tap on the “Continue” button in order to proceed for making the required payment for purchasing the cleaner function.

There are two options provided over there: “Remove Caption” and “Remove Countdown”. In case, you are willing to remove only the caption from your photo, you can go ahead by selecting only the option of “Remove Caption” and keeping the other option off. And on the other hand, if you intend to remove countdown also along with the caption from your photo, you can select both of the options and go ahead.

As soon as you tap on the “START CLEANING” button, the cleaning process will start automatically. And, it will take just a few moments to remove the Snapchat caption and countdown from your photo. And, that’s it.

This iOS application will also help you clean up the blemishes like emojis, captions, filters, timers, etc. from your Facebook, Snapchat, twitter images so that you can the original picture again. 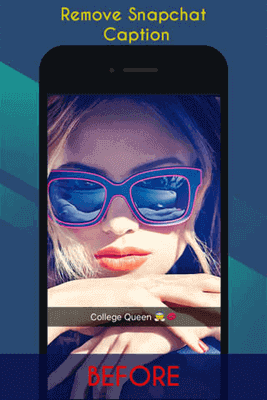 Another iOS app that will help you to transform your Facebook, Snapchat or twitter images into the original ones by removing the emojis, captions, etc within one click is this Caption Clean.

The last remove Snapchat caption app that can easily remove an emoji, caption, timers, etc from your Facebook, Snapchat and twitter pictures or screenshots.

Both of the solutions mentioned above are the highly recommended methods about how to remove Snapchat text and caption from screenshots. You can go ahead to choose any of them without thinking twice and make your images look quite original.